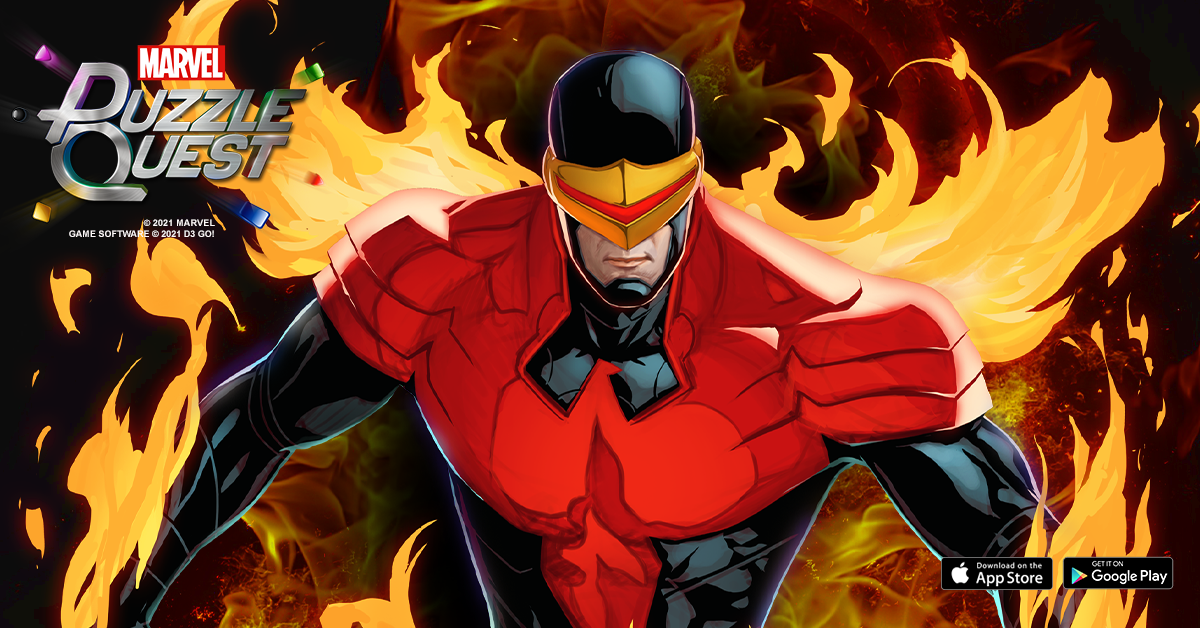 "When the Phoenix Force returned to Earth, it didn't bond to Hope Summers, but instead to a group of five Mutants. Now Cyclops leads the Phoenix Five, working to rebuild the world into the one he envisioned Hope would create. But is it possible for him to reach that vision without giving in to the all-consuming power of the Phoenix?"
(Abilities listed at level 255, followed by 450)
18821 Health / 75651 Health

AP
Cyclops guides his team, inspiring them to be the best they can possibly be. Increases all Cyclops's teammates' match damage by 60%. For every 3 Team-Up AP you have, swap a pair of basic tiles.

AP
Cyclops lets loose all the power of the Phoenix Force on his enemies. Drains all friendly Team-Up AP and deal 2745 damage to the enemy team plus 235 additional damage for each AP drained this way. (Max level 11032 / 946 damage)

Eye in the Sky Legendary Store