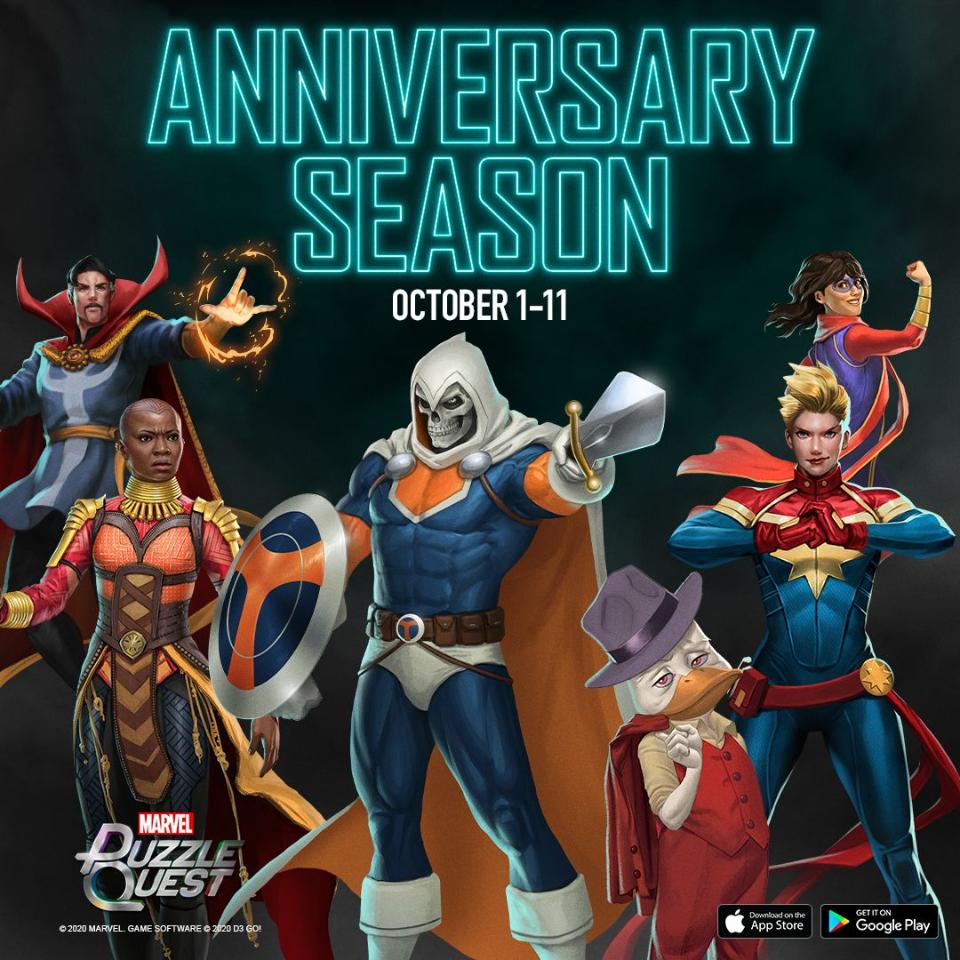 It’s that time again, let’s celebrate another year of Marvel Puzzle Quest! We’re happy to keep the game going strong, and we can’t do that without all the players out there beating up minions, taking down bosses with their Alliances, and gaining more power through Champion levels. To celebrate another year in the life of Marvel Puzzle Quest, we’ve got a bunch of events coming for you all to enjoy!
Starting with the R212 release (out today!), we’ll be updating the initial loading screen and game background to celebrate the characters that have been released this past year. Misty Knight, Killmonger, Apocalypse, and more, we’ve gathered them together to show off some of the interesting characters that have come into the MPQ world.
Come back to the FAQs here to see updated news and information throughout the Anniversary Season.
Thank you for playing!
10/1
Login Gift
Special Iso-8 Offer
10/2 - 10/5
10/4
Login Gift
10/5
10/6
10/7
10/8
10/9
10/11