"When Akihiro murdered Wolverine with the Muramasa Blade, its mystical powers sent him back in time to feudal Japan as punishment. Filled with regret, Akihiro saw a chance to change his ways and become a hero. He roamed Japan in his father's name, perfecting his own brand of Iaido that combined the power of blade and claw."

PASSIVE
(PASSIVE) Bushido means nothing to a man who has lost everythine. If Wolverine has more than 6 Black AP at the start of his turn, convert 3 Black AP to Red and create 2 2-turn Purple Repeater tiles. If there are 4 or more special tiles on the board when this tile activates, not including the Repeater tiles, deal 911 damage to the target. (Max level 3662 damage)
Lethal Fury - 9

AP
Wolverine unleashes his fury, striking out with blade and claw. Destroy 3 Green tiles, and deal 1093 damage. Damage dealt by this power reduces the target's health permanently for the rest of the battle. Tiles destroyed by this ability generate AP. (Max level 4395 damage)
(PASSIVE) If Wolverine has less than 25% of his health, this power becomes Unkillable Ronin.
Unkillable Ronin -

PASSIVE
(PASSIVE) When his masters have fallen and all else is lost, the unkillable Wolverine remains. If you have at least 4 Green AP at the start of your turn, Wolverine's powerful healing factor kicks in to heal him for 1276 health. (Max level 5127 heal)
If Wolverine has at least 25% of his health, this power becomes Lethal Fury.
Dev note: Despite sharing a name with Wolverine, Samurai Daken *is* playable with other versions of Wolverine. He is however, not playable with other versions of Daken. 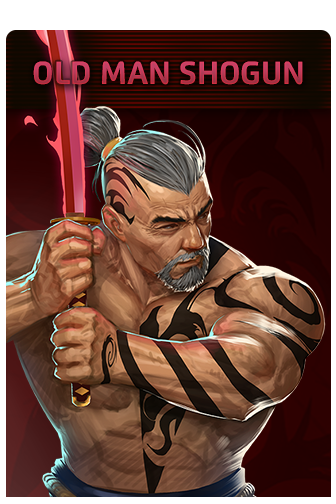