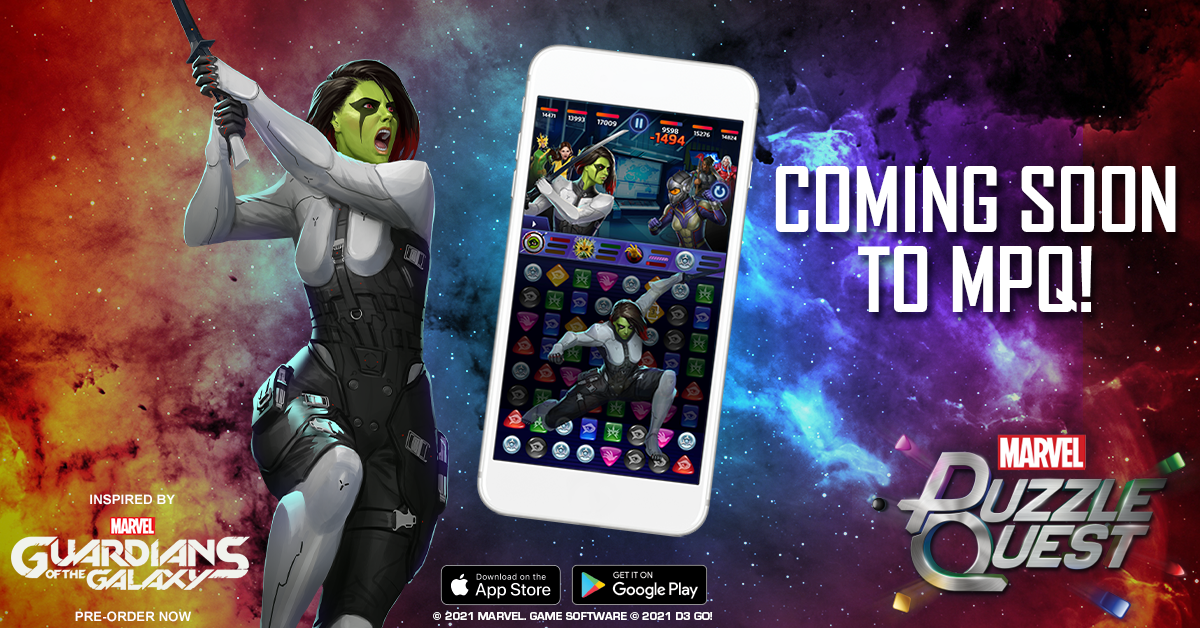 Inspired by Marvel’s Guardians of the Galaxy, the upcoming video game developed by Eidos Montreal and Square Enix in collaboration with Marvel Games, Gamora is the first character in a Marvel mobile game to be inspired from a Marvel console game.
"After killing off nearly the entire Zen-Whoberi race, Thanos adopted its last survivor, Gamora, as his own daughter and trained her to be a fearsome assassin. Following years of doing his dirty work, the Deadliest Woman in the Galaxy grew to resent Thanos, eventually defecting to join the Guardians of the Galaxy."
(Abilities listed at level 255, followed by 450)
17213 Health / 69186 Health

AP
Gamora pursues her mark, wearing them down to the point of exhaustion before making her final strike. Deals 2067 damage and creates a 2-turn Black Countdown tile targeting that character. (Max level 8309 damage)

AP
Gamora strikes her foe, emitting a concussive wave that knocks enemies off their guard. Deals 1181 damage to the target and creates a 3-turn Yellow Repeater tile that stuns a random enemy for 1 turn when it activates. While this tile is on the board, friendly damage cannot be reduced. (Max level 4748 damage)