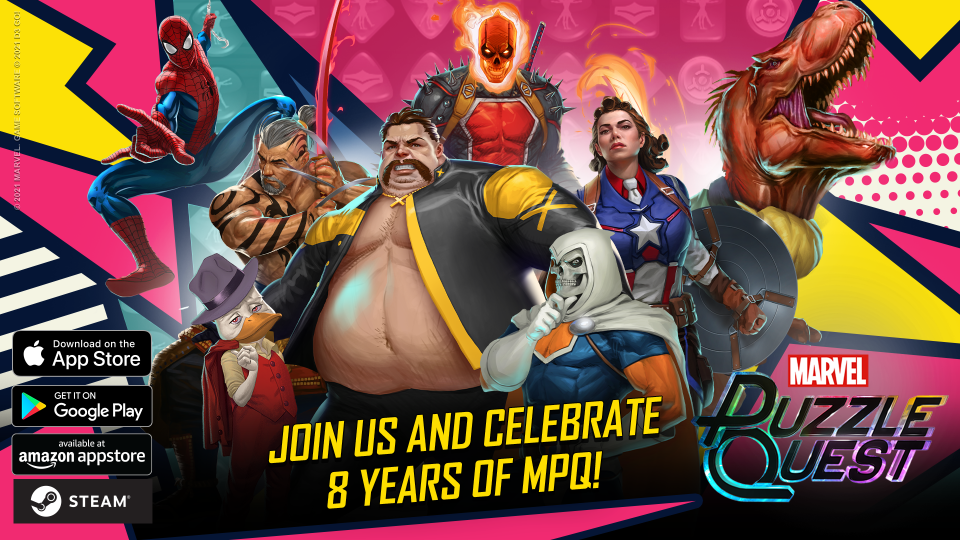 You guessed it, it’s that time of the year again! Another year has gone by and what an awesome year it’s been in Marvel Puzzle Quest! This year will mark the 8th Anniversary (WOW!), and we couldn’t be more excited to celebrate MPQ’s 8th birthday with all of you. From the loyal Agents that have been with us from the beginning, to the new Agents just recently joining our community, we want to take this moment to extend a huge THANK YOU to all of you. Join us as the fun brews in the most exciting time of the year in MPQ!

This year, the New Character that will be joining MPQ during our 8th Anniversary is Blob! Blob (Modern) is now available, don’t miss out on his exclusive events! SEE HERE for details.

Come back to the FAQs here to see updated news and information throughout the Anniversary Season.

Thank you for playing!