for All platforms
G.I. Joe: War On Cobra

G.I. Joe: War On Cobra
All platforms
OR
Thanks for contacting us. Your message was received.

What is Battle Pass?

Battle Pass has arrived in G.I. Joe: War on Cobra. Check out the easy to read FAQ below to learn what Battle Pass adds for your Base and Squad! 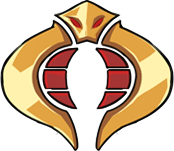 What is Battle Pass?
Battle Pass is a brand new reward feature added to G.I. Joe: War on Cobra. It allows players to collect a series of awesome rewards just by playing the game! Earn Battle Pass XP by earning Battle Cargo, and by completing Missions in order to level up your pass and unlock your rewards!
Who is it for?
Everyone! Battle Pass provides value and engagement for those new to the game or have been playing since launch.
What is the premium version?
The Premium Pass allows players to gain access to even more rewards. Players who choose to purchase the pass will be granted an additional set of rewards to unlock based on their play.
How long does a season last?
We are rolling out the feature in its Pre-Season format. These seasons will be shorter than Full Seasons, and will allow us to iterate and improve the feature more quickly.
Can I get all the rewards immediately?
Yes you can! Players who want instant access to the rewards can choose to purchase tiers using Diamonds instead of unlocking them through play. Cobra waits for no one!
Battle Pass Rewards Chart (As of 7/1/20)
JOE 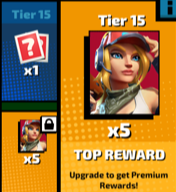 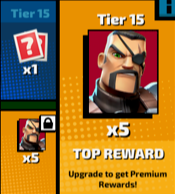